Security without compromise: how ready are we for apocalyptic scenarios

Take a look at how we protect our clients’ servers and data from three typical threats: server sabotage, blackout, and cooling malfunction. 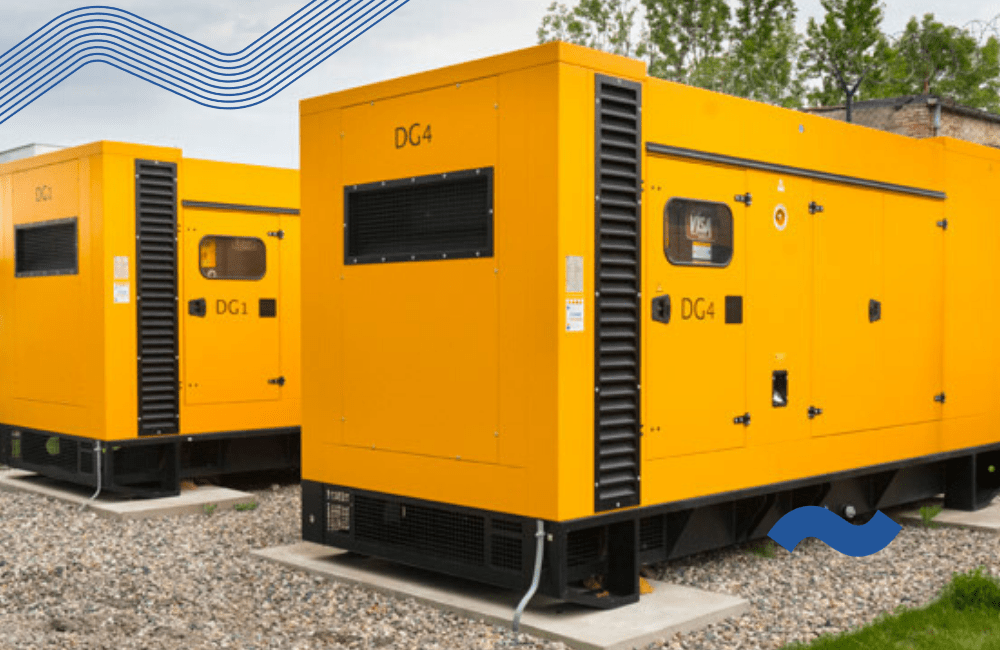 It likely comes as no surprise that at vshosting~, we take security very seriously. Sometimes we joke that our measures are bordering on paranoia. But that’s our job. Only thanks to extremely strict measures and crisis scenarios fine-tuned to the last detail are we able to operate a data center that hasn’t experienced an outage since its opening in 2015 and provide our clients with maximum reliability.

In this article, we’ll take you behind the scenes and show you, how we protect clients’ servers and data from three typical threats: server sabotage or theft, a prolonged blackout, and cooling system failure.

If some random vandals, or worse, your competitors, got their hands on your servers, that would spell real trouble. Not only would your applications (e.g. your online store) stop working but the thieves could access all your data. Fortunately, if you’ve entrusted your infrastructure to vshosting~, you don’t have to worry about this ever happening.

Our data center ServerPark is an impenetrable reinforced concrete cube with armored doors surrounded by a tall fence with barbed wire to boot.

Not even that was sufficiently secure for us though, so we added a sophisticated security system complete with cameras. The system activates the moment anyone would, for instance, climb over the fence or try to break into one of the doors. The only way to get into the server room is with a combination of several keys, chips and an access code. If that wasn’t enough, each server rack is locked as well so making it to a server without clearance is next to impossible.

It is worth mentioning that we also protect our clients against cybernetic sabotage: DDoS attacks. Those can be easily (and cheaply) ordered online and the attackers can then overload your application rendering it inoperational. That’s why we developed our own anti-DDoS protection system, which effectively protects our clients’ servers. Saboteurs will, therefore, have no luck even if they decide to take the software route.

Thieves, saboteurs, and other villains are taken care of but what if, say, there was a power outage? Any data center consumes a huge amount of electricity – so how would we manage a blackout? And what if the power outage lasts for a full week? It is exactly for these possible cases that we’ve installed a complex system at ServerPark that comprises UPS, i.e. a backup battery power source, diesel generators, and a diesel tank.

2 out of 3 diesel generators at the ServerPark data center

We also operate all of these elements in a so-called nx2 and n+1 mode. What that means is that we’ve installed two independent power supply branches (nx2). Each branch is assigned a one dedicated as well as one backup UPS (n+1) and has its own diesel generator and switchboard. At the same time, we have an extra generator that will switch on automatically, should any of the other two have a malfunction.

Each power supply branch also has its own set of batteries and each set is composed of 3 independent strings. This is the case because, for technical reasons, the batteries are set up as a series in each string. Therefore, if there was poor contact between two batteries, for instance, the entire string could fail. We also install 2 separate power sources to every server, each one simultaneously connected to both of our power supply branches: to independent UPS, switchboards, and generators.

So what would happen if there was a power outage? The data center would automatically switch to battery system power while our diesel generators would start turning on. Our batteries can fully supply ServerPark for more than 20 minutes. This provides ample time for the generators to start operating at full efficiency. After that, the data center would be fully powered by diesel generators. Thanks to our extensive diesel supply, we could operate like this for more than two weeks. To give you an idea, that’s several times more than most hospitals.

We’ve handled the blackout then but there are other potential problems that could arise. A data center is full of electronics after all – what if some of it malfunctions? And what if the malfunction occurs in a key element, such as the cooling system?

Servers create a lot of heat which is why they need to be cooled constantly to prevent overheating. If their temperature rose too high, it could cause server damage, destruction or even a fire. That’s why we implemented a robust cooling infrastructure along with a professional FM200 gas fire extinguishing system. Fire extinguishing should be off the table though – each of our servers has a safety switch that turns them off if they get too hot.

FM200 fire extinguishing system in the server room at ServerPark

Our cooling system is just as robust as our power supply one: we have twice as many air conditioning units and other elements as we need plus an extra one in reserve. Many data centers only have that one reserve but we didn’t consider it safe enough. Cooling system failure in our data center is, therefore, about as likely as you getting hit by lightning while the sky is clear.

As you can see, our data center ServerPark is ready for the worst. Be it an attempt at sabotage, power outage or a possible malfunction, the quality of our services will remain constant. Due to our no-compromise security (and many other benefits), even the biggest Czech and Slovak internet companies have entrusted us with their online projects. Also, if you’re curious how we’re maintaining a 100% operation during the coronavirus pandemic, check out our previous article.