Slovak agency Blueweb don’t shy away from challenges. They overcome them with vshosting~

From the very first day, we saw better communication between our development team and vshosting~’s support team which is literally available 24/7. For urgent requests, we call them up and within 60 seconds someone answers the phone at their data center and starts dealing with the problem at the source. There’s no forwarding the call to someone else. This is a really important aspect of our cooperation.

better communication between developers and support

in a managed cluster

Looking for a similar hosting solution? Let’s talk it through, no commitment.

E-commerce specialists at Blueweb create e-shops for clients such as Klenoty Aurum, Gate, Ozeta, and Isadore Apparel. Their e-shops are renowned for their precision, quality, and modern design. They also like to make the most of the latest technological trends, a tendency that also applies to their server infrastructure. As a successful firm that provides hosting for leading companies in Slovakia and the Czech Republic, vshosting~ was the natural choice.

Before their cooperaton with vshosting~ they used a standalone solution. Blueweb had several servers allocated to them which were in turn assigned to projects according to size and traffic. As a result, there were many smaller projects on one server, a few larger ones on another, and so on. The servers were isolated from each other. Each one ran a web server, database, and all the other services. The solution was therefore unsustainable over the longer term since by definition it didn’t scale well.

Before the move to vshosting~, Blueweb started to experience larger demands on their infrastructure and technical support

Blueweb first started to experience problems when the company started to grow. With expansion came greater demands on infrastructure and on the level of technical support. One example would be the need to install special libraries at an OS server level. Another was the search for a comprehensive solution to their infrastructure issues. “As a company, we felt limited by our infrastructure at the time and we couldn’t even contemplate more complex solutions such as a managed cluster or Kubernetes,” explained Mário Keméň, Backend / DevOps of Blueweb.

That’s when they realized that they were on the cusp of a large structural change affecting the entire company. In addition, they had the chance to migrate to another hosting solution to ensure greater scalability, security, and expert guidance in the future.

In contrast to the previous solution, where they were in contact with just one single person – with the limitations in terms of knowledge and availability which that brings, with vshosting~ an entire team of experts is available to them.

From the very first day, we saw better communication between our development team and vshosting~’s support team which is literally available 24/7. For urgent requests, we call them up and within 60 seconds someone answers the phone at their data center and starts dealing with the problem at the source. There’s no forwarding the call to someone else. This is a really important aspect of our cooperation 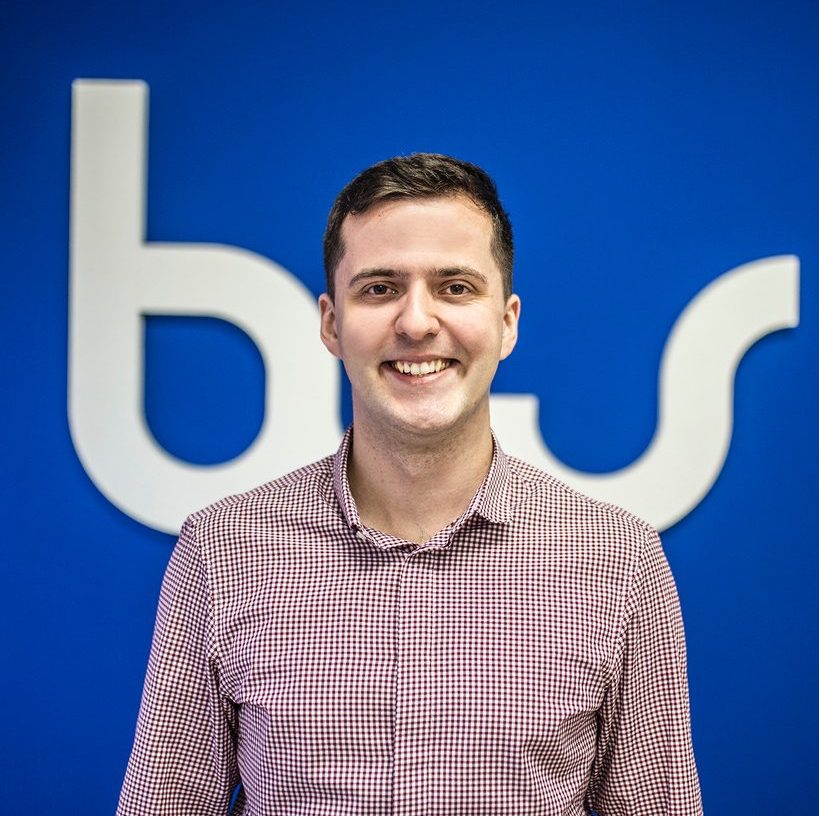 Of course, as far as standard requests are concerned, vshosting~ has a ticketing system where the priority of the issue is clearly visible. “Before, one person dealt with business matters, technological planning, and urgent situations. This brought many problems with it. Now, these areas are divided among various specialists. And that is exactly what we needed.” added Keméň.

The Managed cluster was the most suitable solution for Blueweb, who work on dozens of e-shops

From the start of our cooperation, they went for a completely new solution: a fully administered cluster made up of 13 servers. Besides the infrastructure migration, we also upgraded several libraries to a better version (e.g. for PHP). The result is a stable, highly available solution with consistently high page load speeds across all e-shops. “We can say with certainty that the vshosting~ solution has stabilized our metrics and in the majority of cases we have improved page load times by an average of approximately 10%, according to Google Analytics,” said Keméň.

And yet in their own words, they gained more than just faster page loading times. The main benefits are an incomparably more robust and reliable system, the ability to quickly scale according to need, and the expertise of the vshosting~ support team.

Thanks to this added expertise, as Blueweb confirms, they are now able to review the outputs from their monitored systems focusing on the performance of their applications or the utilization of resources. This helps them more accurately target critical areas. They can then subsequently optimize them, resulting in faster and more stable applications.

When vshosting~ send us a notification about a certain issue, for example, disk space running out or continual utilizing of certain resources (RAM, CPU) near capacity, in the same notification we also receive a proposal on how to resolve it. In general, we’re really happy with vshosting~. Both sides are constantly working to improve things, which is the most important thing for us.