NVMe vs. SATA: Which SSD disk is best for your server? 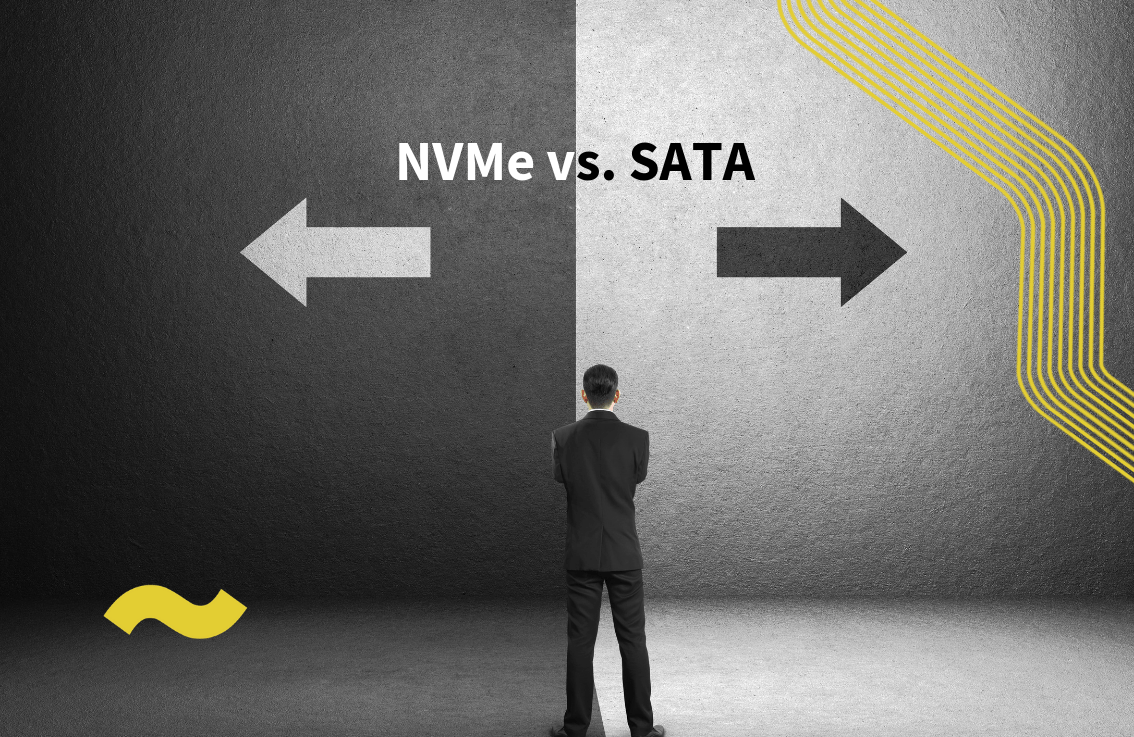 Are you picking out a new dedicated or managed server and wondering which SSD disk would be best for you? At vshosting~, we put great emphasis on maximum possible quality but because the needs of our clients often differ, we offer 2 types of professional SSD disks: 2,5“ SATA SSD and 2,5“ NVMe (both from Intel). Let’s take a look at the differences between each type.

– typically up to 500 MB/s, depends on the exact model

– typically up to 3200MB/s, depends on the exact model

– this is several times faster than the standard SATA SSD disks

We design both SATA and NVMe servers so that the hard disks are “hot-swap”, i.e. changeable while the machine and the system are running. Eventual repairs or exchanges are very easy to do as a result. We don’t use NVMe disks with the M.2 PCIe interface that are installed directly to the motherboard and as such are physically inaccessible to the technicians.

We mostly configure SATA disks in HW RAID (RAID is managed by a separate disk controller). However, NVMe disks operate with the PCIe interface, so disk controllers of this kind are either performance inadequate or unreasonably expensive. As a result, NVMe disks are directly attached to the motherboard connectors in the server where each PCIe link is served by the CPU itself. We implement NVMe servers on SuperMicro solutions because SuperMicro developed a suitable solution for this situation.

As opposed to SATA disks, RAID can be solved in two possible ways in the case of NVMe disks. The first option is the installation of an additional hardware key onto the motherboard, which activates the Intel function VRAID on CPU. In the BIOS of the server, we are then able to configure RAID 0/1/10/5 from the NVMe disks, the operating system then works with one virtual disk. The second option is not configuring RAID for the system at all and subsequently, take care of it on the software front with the OS (e.g. using ZFS, etc.).

So SATA or NVMe?

Simply put, NVMe disks are 6.5 x faster than SATA, which is a big plus. On the other hand, they are a bit more expensive so the choice between the two isn’t exactly straightforward.

NVMe disks are a more suitable solution for someone looking for extreme data throughput on the storage, be it for a demanding database server, web server, or anything else where we expect high load. At vshosting~, we’re able to operate these disks both in managed servers with Linux (Ubuntu 18, Debian) or in dedicated servers using Windows Server 2016, Windows Server 2019 or Linux (Ubuntu 18, Debian). In the case of dedicated servers, OS management is up to each client.

However, it is worth considering that we only operate NVMe disks with the current Intel Xeon Scalable CPUs. In contrast, SATA disks can be combined with pretty much any generation of Intel Xeon processors thanks to our disk controllers.