Christmas in e-commerce: even a short web outage can cost you hundreds of thousands

Infrastructure and hosting are key in e-commerce. Underestimating them can break even a well-established e-shop. 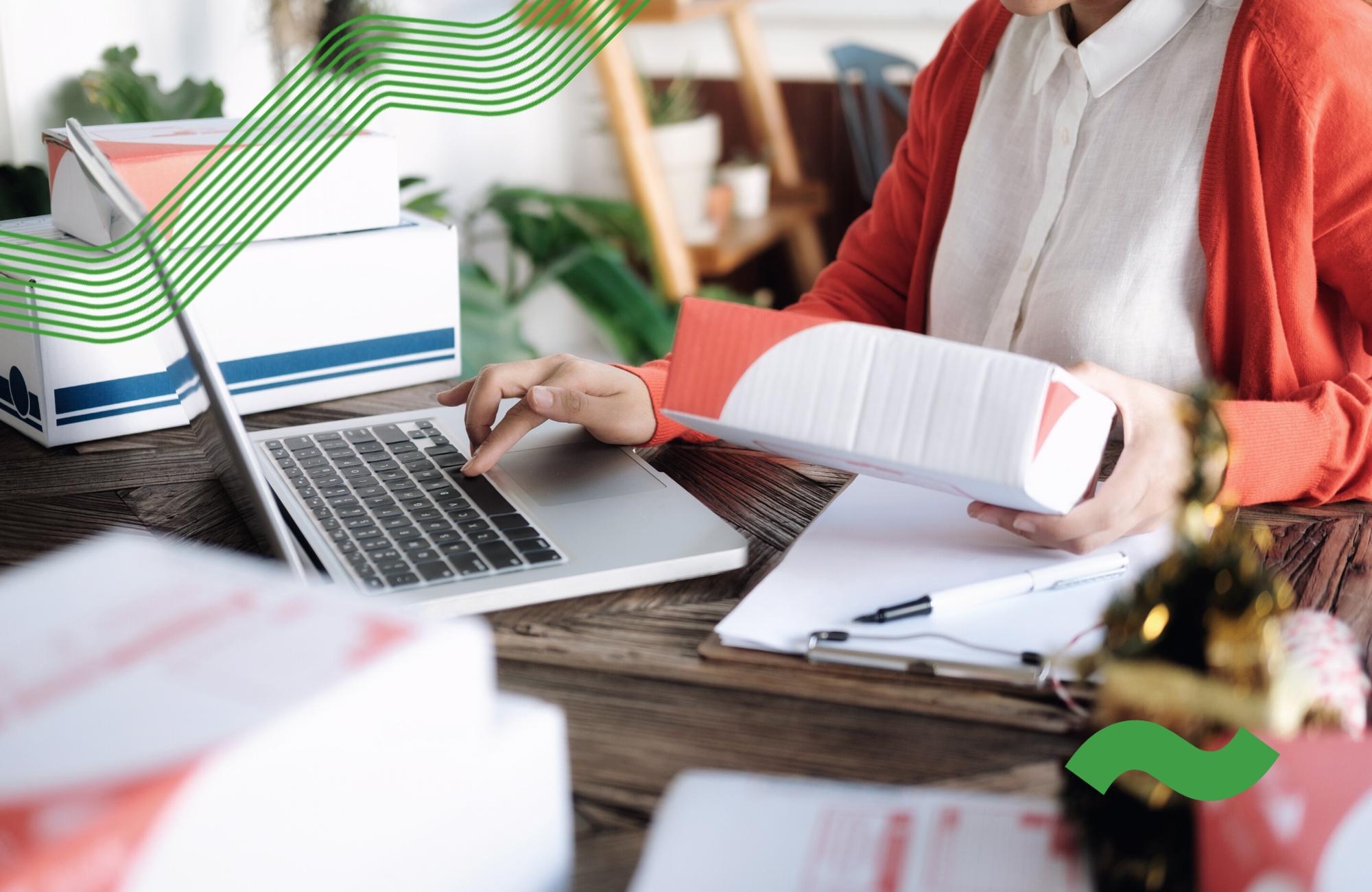 It’s no secret that servers aren’t exactly the most attractive topic, passionately discussed at e-commerce conferences. The hottest trends in full-text search optimization or tips for most efficient social media campaigns are much more en vogue.

Then there’s the core business itself, to which every e-shopper dedicates the bulk of their time. Considerations regarding server infrastructure quality and the reliability of the entire hosting solution rarely make it to the tightly packed schedule.

Why worry about the details of your hosting solution anyway? It does work somehow.

Well, if you’ve been in the world of e-commerce for a while, you’re likely painfully aware that “it” sometimes doesn’t work. At all. As chance would have it, this tends to happen during the least convenient times. Such as just before Christmas when your pricey marketing campaigns are in full swing and everybody shops like their lives depend on it. If your e-shop goes down then, nobody will care how wonderful your products are. Even if your full-text reads your customers’ minds and your social media campaign makes thousands swoon, it’ll all have been for naught.

„Experience shows that hosting and the technology behind it (infrastructure, servers) are just as important in e-commerce as logistics or customer support,“ says Damir Špoljarič, CEO of vshosting~

As our CEO, Damir Špoljarič, discussed in a recent interview (Czech only – sorry) – infrastructure is absolutely essential in e-commerce and one shouldn’t underestimate it.

Unfortunately, on top of servers’ lack of sex appeal, most e-shop owners aren’t primarily technically oriented and tend to delegate tech stuff to developers. They often offer to take care of hosting as well, which sounds great – because hey, one less thing to worry about. But developers aren’t hosting experts and too often opt for a less than ideal solution. Therefore, we recommend entrusting your hosting solution to specialists with relevant experience. After all, you wouldn’t want a bunch of Linux admins coding your new e-shop either, would you?

In addition, many hosting providers strive to cut down prices as much as possible, which leads them to compromise on quality and in turn raises the risk of an outage. Such risk, however, proves difficult to imagine – calculating how much I save by opting for a cheaper solution, on the other hand, is a piece of cake. As a result, many e-shoppers take the “as cheap as possible” route. They only get to quantify the risk they took when the cheap hosting faults show in lost revenues.

Christmas in e-commerce: easily half of the yearly revenues

Outages happen most often when the servers are under most pressure – the Christmas season is a textbook example of that. Unsurprisingly, at that time it’s also least convenient because most sales in e-shops take place before Christmas. Based on the data from e-shop infrastructure providers, Shoptet and Shopsys, for many e-shops the revenues during the time between 1.9. and 23.12. may even exceed half their total yearly revenues. Both companies entrusted their infrastructure to vshosting~, which is therefore ready for seasonal traffic fluctuations and their data is unaffected by any outages as a result.

The customers of e-shops on Shoptet made approximately 21 million orders last Christmas. That is almost three-quarters of all the orders made there that year. In the case of Shopsys, which is used by somewhat larger e-shops on average compared to those on Shoptet, Christmas orders comprised between 34 and 49 percent of the total yearly numbers. The data suggests that the smaller the e-shop, the more significance the Christmas season holds for it. Underestimating hosting can thus backfire especially unpleasantly for them. Unfortunately, it is the smallest e-shops that tend to compromise on hosting the most.

E-shop down: how much money are you losing?

Every e-shopper understands that a web outage translates into money lost. But how much? Would it even pay off to invest in a more robust hosting solution?

Using Shopsys data, we’ll show how much of its revenue an average large, medium and smaller e-shop loses in the event of an hour-long or even a day-long outage. A typical outage “only” takes a few hours but longer ones that exceed a full day may also occur.

Medium e-shops on Shopsys are those with revenues in the hundreds of millions CZK. The average yearly revenue of a medium e-shop on Shopsys is 400 million CZK but ca. 155 million, i.e. 39 % of that is earned during the Christmas season.

The annual sales of smaller e-shops at Shopsys are in the tens of millions CZK and the average annual sales are about 60 million CZK. The Christmas season accounts for 45 % of total sales, i.e. 27 million CZK.

A smaller e-shop can, therefore, lose around 10 000 CZK in the event of an hour-long outage, an all-day outage will rack up losses of 240 000 CZK. Despite those numbers being much lower than in the case of larger e-shops, proportionally the impact of an outage is much higher on smaller e-shops because the holiday season is so important for their business.

Which category does your e-shop fall into? Try to estimate, how much would just an hour-long outage cost you. Compared to how much you save by opting for a less reliable hosting solution, it’s likely that the very real possibility of an outage and the resulting losses far exceed your savings.

Not to mention it’s not just about lost revenue…

Lost revenue is just the beginning

If you invest intensively in an advertising campaign, which is typical during the Christmas season, an “e-shop down” will cause losses twice: firstly, you lose the money from people who want to buy from you, and secondly, you throw your advertising investment out the window.

And don’t even get us started on the loss of customer trust, damage to the brand or negative SEO effects. Nowadays, customers quickly put an e-shop that is down even for a moment into the “I’m not coming back here” category. The impression of the unreliability of your e-shop is immediately reflected in your brand perception too.

Last but not least, an e-shop outage affects your SEO – e.g. Google penalizes websites that have been down for some time. Therefore, you’re risking falling down in organic search results and every SEO expert will confirm that getting back up takes a lot of work.

The answer to the above-mentioned horror stories seems obvious – just pick out great hosting. But how? The “hosting solution quality” is a rather inconceivable concept so how can you tell that your provider is the one that doesn’t compromise on infrastructure?

To be honest: it’s really hard to tell. Because paper doesn’t blush and some providers are willing to promise you the world and the cancellation of gravity to boot. Nonetheless, there are a few quality indicators around: references, recommendations, and a couple of well-formulated questions. Simply put: ask around.

Ask hosting providers about their clients. Are there any well-known companies among them? Are any of them from your industry? Get their contact information and verify the references. A reputable company will give you that information – if they try to talk their way out of it, watch out.

Take a look at vshosting~ references

Ask your friends from your industry about their providers. What is their experience with them? How long have they been using them? Would they recommend their services? There’s nothing better than a brutally honest review from someone you trust.

And lastly: ask your potential providers about their expertise. What proven experience do they have with projects similar to yours? How do they deal with traffic spikes? How quickly can they deal with unexpected issues in the middle of the night? What if there’s a hardware malfunction at 3 am on a Saturday?

Why 50 % of Czech and Slovak e-commerce hosts at vshosting~

Half of all the Czech and Slovak e-shops have entrusted their infrastructure to us. We dare to say this is no coincidence. At vshosting~, we have extensive experience even with the most demanding e-commerce projects – be it companies such as Shoptet and Shopsys that provide background for thousands of e-shops, or well-known projects like Pilulka or Notino.

Check out our references

Because we’ve been providing hosting for e-commerce projects for over 13 years, we’ve accumulated a lot of know-how. All servers are running in our very own modern datacenter that meets demanding security standards. As a result, we have the entire process under control: from hosting solution design and migration to daily operation and optimization.

Our infrastructure is prepared for seasonal traffic changes as well as unpredictable spikes so the fact that there are five times as many people on your website before Christmas won’t faze us in the least. We also ensure resistance to the malfunction of any part of the hosting solution – you won’t have to worry about infrastructure at all and just focus on your core business.

All our servers have redundant connections, power supplies, and other features. We have doubled all the elements within the data center and backed up the network connection many times. At the same time, in case of a problem, we guarantee a response within 60 seconds – 24 hours a day, 7 days a week.

Right in the data center, we have qualified technicians and admins who immediately solve unexpected situations, nonstop. Even in the middle of the night, we have experts in the data center ready for customer support – you call them directly, there are no call centers or middlemen.

Have questions for us? Let us know.