9 Reasons to Give into the DevOps and Containerization Trends

DevOps and containerization aren’t just empty buzzwords. They can help you make development more efficient and customers happier. Here’s how. 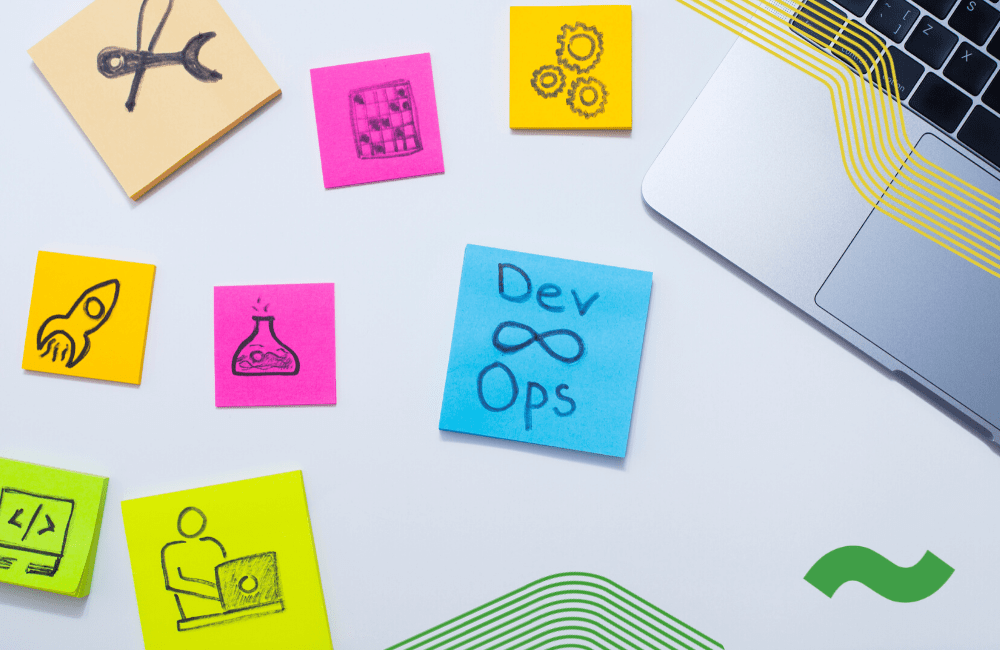 A couple of introductory remarks

DevOps is a composition of two words: Development and Operations. It’s pretty much a software development approach that emphasizes the cooperation of developers with IT specialists taking care of running the applications. This leads to many advantages, the most important of which we will discuss shortly.

Containerization fits into DevOps perfectly. We can see it as a supportive instrument of the DevOps approach. Similar to physical containers that standardized the transportation of goods, software containers represent a standard “transportation” unit of software. Thanks to that, IT experts can implement them across environments with hardly any adjustments (just like you can easily transfer a physical container from a ship to a train or a truck).

With the DevOps approach, developers and administrators collaborate closely and all of them participate in all parts of the development process. These two worlds have traditionally been separated but their de facto merging brings forth many advantages.

Close cooperation leads to increased effectiveness of the entire process of development and administration and thus to its acceleration. Another aspect is that the cooperation of colleagues from two different areas often results in various innovative, out of the box solutions that would otherwise remain undiscovered.

A common issue not only in IT companies is quality communication (or rather lack thereof). Everybody is swamped with work and focuses solely on his or her tasks. However, this can easily result in miscommunication and incorrect assumptions and by extension into conflicts and unnecessary workload.

Establishing transparent and regular communication between developers and administrators is a big part of DevOps. Because of this, everyone feels more like a part of the same team. Both groups are also included in all phases of application development.

3) Fewer bugs and other misfortunes

Another great DevOps principle is the frequent releasing of smaller parts of applications (instead of fewer releases of large bits). That way, the risk of faulty code affecting the entire application is pretty much eliminated. In other words: if something does go wrong, at least it doesn’t break the app as a whole. Together with a focus on thorough testing, this approach leads to a much lower number of bugs and other issues.

If you decide to combine containers with DevOps, you can benefit from their standardization. Standardization, among other things, ensures that the development, testing, and production environments (i.e. where the app runs) are defined identically. This dramatically reduces the occurrence of bugs that didn’t show up during development and testing and only present themselves when released into production.

Eventual bug fixes and ensuring smooth operation of the app is also made possible by the methodical storage of all code version that’s typical for DevOps. As a result, it becomes very easy to identify any problem that might arise when releasing a new app version.

If an error does occur, you can simply switch the app back to its previous version – it takes a few minutes at the most. The developers can then take their time finding and fixing the bug while the user is none the wiser. Not to mention the bug hunting is so much easier because of the frequent releases of small bits of code.

Container technology makes scaling easy too and allows the DevOps team to automate certain tasks. For example, the creation and deployment of containers can be automated via API which saves precious development time (and cost).

When it comes to scalability, you can run the application in any number of container instances according to your immediate need. The number of containers can be increased (e.g. during the Christmas season) or decreased almost immediately. You’ll thus be able to save a significant amount of infrastructure costs in the periods when the demand for your products is not as high. At the same time, if the demand suddenly shoots up – say that you’re an online pharmacy during a pandemic – you can increase capacity in a flash.

DevOps and containerization go hand in hand with detailed monitoring, which helps you quickly identify any issues. Monitoring, however, is also key for measuring business indicators.  Those allow you to evaluate whether the recently released update helps achieve your goals or not.

For example: imagine that you’ve decided to redesign the homepage of your online store with the objective of increasing the number of orders by 10 %. Thanks to detailed monitoring, you can see whether you’re hitting the 10 % goal or not shortly after the homepage release. On the other hand, if you made 5 changes in the online store all at once, the evaluation of their individual impact would be much more difficult. Say that the collective result of the 5 changes would be the increase of order number by 7 %. Which of the new features contributed the most to the increase? And don’t some of them cause the order number to go down? Who knows.

All of the above results in significant acceleration of the entire development process – from writing the code to its successful release. The increase in speed can reach 60 % or even more (!).

How much efficiency DevOps will provide (and how much savings and extra revenue) depends on many factors. The most important ones are your development team size and the degree of supportive tool use – e.g. containers, process automation, and the choice of flexible infrastructure. Simply put, the bigger your team and the more you utilize automation and infrastructure flexibility, the more efficient the entire process will become.

It is hardly a surprise that faster development, better communication and cooperation preventing unnecessary work, and fewer bugs lead to lowering development costs. Especially in companies with large IT departments, the savings can reach dozens of percent (!).

Oftentimes the synergies and higher efficiency show that you don’t need to have, say, 20 IT specialists in the team. Perhaps just 17 or so will suffice. That’s one heck of a saving right there as well.

Speeding up development also makes your customers happy. Your business is able to more flexibly react to their requests and e.g. promptly add that new feature to your online store that your customers have been asking for. Thanks to the previously mentioned detailed monitoring, you can easily see which of the changes are welcomed by your users and which you should rather throw out of the window. This way, you’ll be able to better differentiate yourself from the competition and build up a tribe of fans that will rarely go get their stuff anywhere else.

To sum it all up, from a developer’s point of view, DevOps together with containers simplify and speed up work, improve communication with administrators, and drastically reduce the occurrence of bugs. Business-wise this translates to radical cost reductions and more satisfied customers (and thus increased revenues). The resulting equation “increased revenues + decreased costs = increased profitability” requires no further commentary.

In order for everything to run as it should, you’ll also need a great infrastructure provider – typically some form of a Kubernetes platform. For most of us, what first comes to mind are the traditional clouds of American companies. Unfortunately, according to our clients’ experience, the user (un)friendliness of these providers won’t make things easier for you. Another option is a provider that will get the Kubernetes platform ready for you, give you much needed advice as well as nonstop phone support. And for a lower price. Not to toot our own horn but these are exactly the criteria that our Kubernetes platform fits perfectly.